Eric Klemm has lived an amazing life. He is an accomplished artist who has his work in many museums and private and corporate art collections. He has had over 30 solo exhibitions and has participated in countless group shows in Canada, the USA, and Europe. Klemm has also created six coffee table books, the best known being Silent Warriors, published by Steidl, Germany. With over one hundred contemporary portraits of aboriginal men, women, and children, reminiscent of Richard Avedon’s monumental work In the American West. Klemm has been awarded many accolades in the world of editorial and fine art photography for his powerful and often epic projects.

Eric Klemm was born 1939 in Wadern, a small German town not far from the French border. His father died during the war in Stalingrad. He and his mother barely survived the bombing. At 14, his mother found him a job with the family of the well-known landscape painter Gustav Adam Friedrich, and it was then when he got in touch with art, drawing and painting at an early age. At 17, he went to the art school in Trier, Germany, which at the time was called “Schule fuer Kunst und Handwerk”, where he studied for 5 years. Klemm went through very hard times; he had to finance his education on his own, working at night as a waiter. In those difficult days, often without a penny, he could never have imagined that he would be blessed with such a great future.
His career as fine art photographer began late in life, when he was already 66 years old with his first project, Metamorphosis, exhibited at Gallery Jones, in Vancouver in 2005. Shortly thereafter, the show went to Toronto, Houston, Germany and Paris, and became a travelling exhibition through a dozen French cities.

In 1967, Eric Klemm was still working in Heidelberg, Germany, as a graphic designer. One year later, he seriously switched to photography and entered a photo contest with one of his very first photographs. The image caught the attention of Willy Fleckhaus, art director of the German lifestyle magazine Twen, highly regarded in the sixties by photographers, illustrators and writers. Fleckhaus invited him to join the magazine as a freelancer. At this time, Eric Klemm didn’t even own proper camera equipment and had only exposed 2 rolls of film! Overnight, he found himself in the exclusive company of photography icons who also worked for Twen: Richard Avedon, Irving Penn, and Helmut Newton, to name only a few. Klemm’s career took off, and other magazines called, such as Stern, Die Zeit, Elle, and the German edition of Playboy. During those crazy years, now having his studio in Duesseldorf, Germany, Eric Klemm lived the life of a star photographer, very much like the British fashion photographer David Baily depicted in Antonioni’s movie Blow Up.

Eric Klemm also became well-known as the designer and owner of Cocoa Island, a small tourist resort on a tropical island of the Maldives, situated in the Indian Ocean, five hundred miles west of Colombo, Sri Lanka. He had discovered the small, uninhabited island of South Male Atoll earlier in 1977, on one of his shooting trips for a fashion magazine and saw the opportunity of a lifetime. He rented the island for 20 years and long before others began talking about global warming and a clean environment, he constructed an environmentally friendly resort with bungalows made of coconut tree wood covered with roofs made of palm leafs. Only local materials were used. Right from the beginning, Cocoa Island became an international hit for people looking for unspoiled nature, great beauty and calm. The resort became a member of the prestigious French travel guide Relais & Chateaux. It was on Cocoa Island where he met his wife, Mariette. To his mother Eric Klemm wrote: “All my dreams came through, I’m having the best time of my life.”

From his early youth, Eric Klemm dreamed of being a painter, but his busy life did not leave him with much time for his passion. Nevertheless, in the last twenty years he produced over two hundred paintings, large and small, which very few have seen so far. Klemm kept his paintings private and did not want to show. Eric Klemm paints for himself and the pure love of it. When he began, he would hang fresh oil paintings as soon as they were completed on the walls of his wife’s B&B, and as a result many of them sold very quickly to house guests, visitors, and friends, before they were even dry. “I remember that a B&B guest from Vancouver purchased 9 paintings at once, I could have made a living with painting.”

After having spent twenty years on Cocoa Island, Klemm reached a point when he began missing the European culture and the arts. He left the Maldives for good, and purchased a home in the countryside of Dordogne, France, to pick up his life of a visual artist again. They had horses, and Eric began collecting classic cars from the sixties – vintage Aston Martins and Jaguars which he loves for their breathtaking design. After having spent seven lucky years in France, he and Mariette got married and short after were on the lookout for new adventures.

In 1998 they moved to British Columbia, Canada, they first lived in West Vancouver and later purchased a waterfront property on Salt Spring Island, where they built a large home with a studio included. Salt Spring Island, well known as “artist island,” provided the perfect work environment. Klemm joined the island’s vibrant artist community and often took part in their group shows. Eric Klemm and his family now live on the Mainland again, near the romantic village of Fort Langley in the green belt of Vancouver, with snow-covered mountains in the backdrop. In 2016 Eric retired from fine art photography and finally has time to paint. 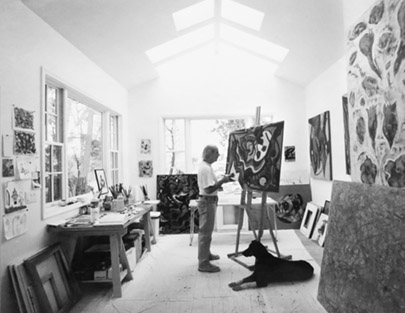 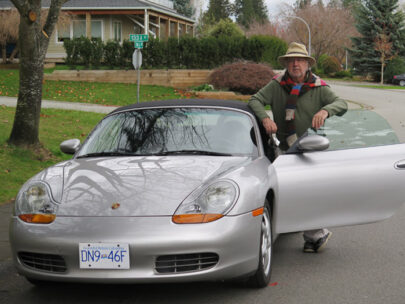 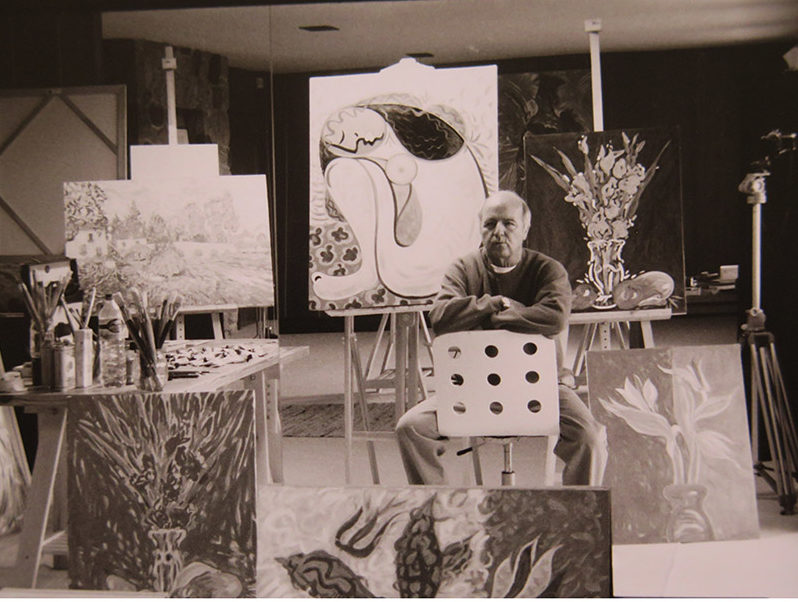 The artist in his West Vancouver studio 1989 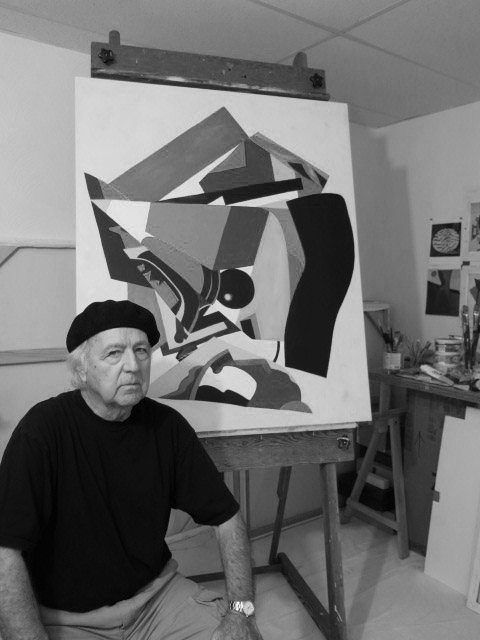 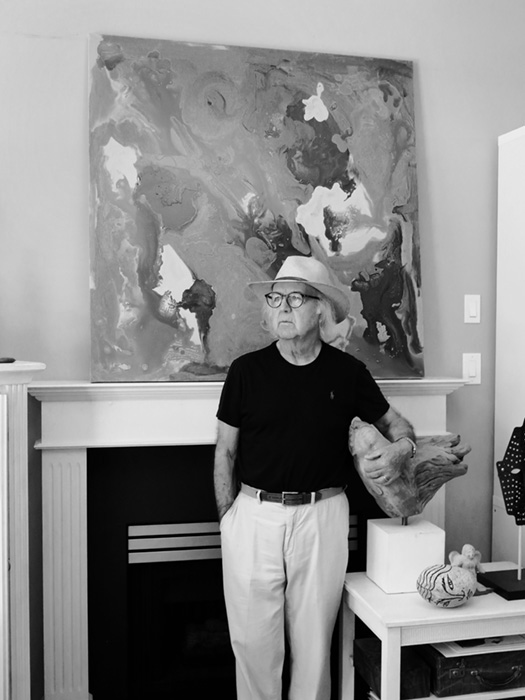